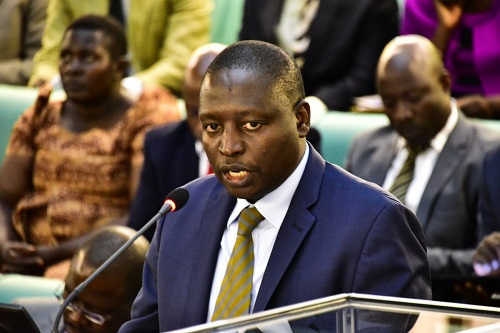 A total of 288 MPs voted out of the 463 MPs that constitute Parliament, meaning that some 175 lawmakers were absent when Parliament was making a critical legislation that affects the many Ugandans who use mobile money transactions.

Voting on the polarising bill was not without a glitch as an initial vote, conducted by show-of-arms, and was rejected by the Deputy Speaker Jacob Oulanyah who ruled that the vote was marred by misconduct, much to the chagrin of pro-tax MPs.

There were no abstentions for both votes.

Ndorwa East MP Wilfred Nuwagaba moved a motion demanding that Clause 2 of The Excise Duty Amendment Bill be deleted and the tax on mobile money transaction to be entirely scrapped.

A minority report authored by Nakaseke South MP Paulson Luttamaguzi argued that the tax be entirely scrapped in public interest.

The government had initially proposed to slap a 1% charge on mobile money transactions but backtracked and reduced the tax to 0.5% after coming up against stiff criticism of the move by different players who warned that the tax proposals smirked of discrimination, lack of equity and clarity of a collection mechanism.

With both sides diametrically opposed, tempers flared as MPs opposed to the 0.5% tax accused the government side of trying to rig the vote, triggering an angry exchange of words that brought back memories of the brawls manifested in Parliament during the removal of age limits last year.

Opposition and some NRM MPs were strongly opposed to the 0.5% tax, prompting Mr. Museveni to summon NRM MPs to State House Entebbe for a caucus meeting where he made a final pitch in favour of the amendment.

Mr. Museveni’s arguments has been that the government intends to collect Shs115 billion to fund part of its budget, similar to the same amount targeted with one per cent.

In defence of the mobile money tax, Mr. Museveni has argued that the government borrows to bankroll the budget “because many people who are supposed to pay tax do not pay the tax.”

For the Shs 32t 2018/19 budget, Shs 17.5t will be financed by taxes collected from within Uganda while Shs 8.3t will be from borrowing within Uganda and Shs 280b from grants outside Uganda.