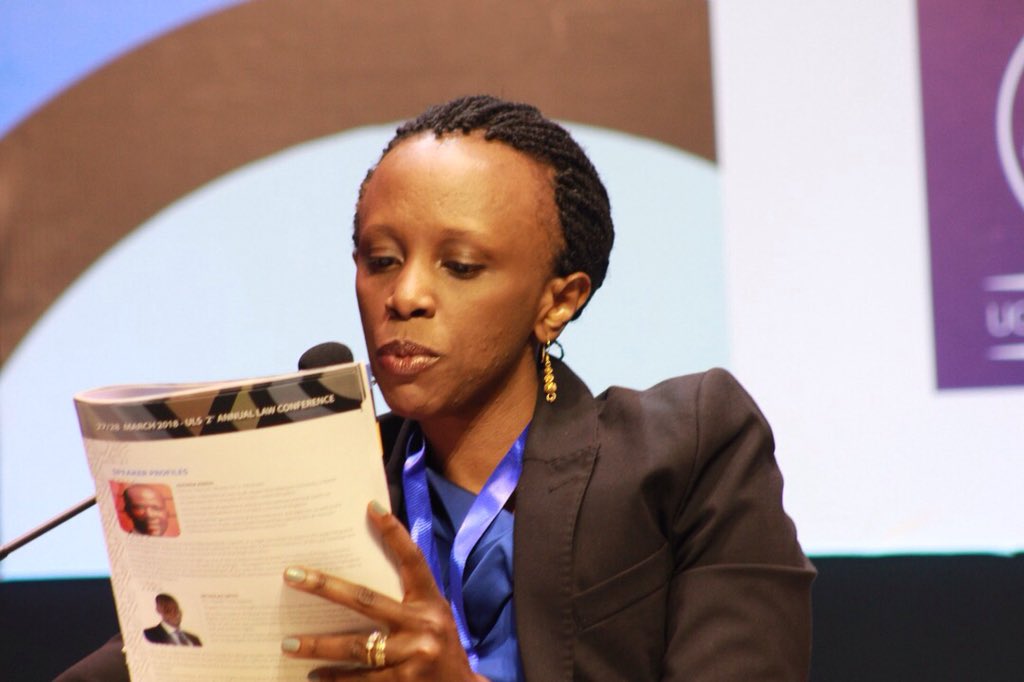 Following months of uncertainty on the future of Uganda Telecom  (UTL), amidst wars between the telco’s administration and government officials, a new administrator has been named. Former Uganda Law Society President Ruth Sebatindira has been announced as the new UTL administrator, replacing Nelson Bemanya Twebaze – whose contract expired in November last year.

Mr Bemanya, a registrar general of Uganda Registration Services Bureau (URSB), was appointed administrator of UTL following the exit of Ucom Limited, a Libyan firm that owned 69 per cent shares of the telecom. He entered into an Administration Deed and the shareholders ceded to him all their powers to run the company.

In an application in which the Uganda Contribution Employees’ Contributory Pension Scheme (UCECPS) were seeking to vary the deed of administration of UTL to replace him with another person, Justice Lydia Mugambe of the Civil Division of the High Court made the ruling that Ms Sebatindira should take charge.

The UTL creditors were accusing Mr Bemanya of failing to perform his roles in regard to collecting the outstanding amounts due to UTL from government departments.

He was also accused of failing to find an investor who can recapitalize and operate the company as well as paying in full all claims against UTL within the administration time.

The Big task ahead

Since March 2017, when UTL was placed under receivership, operations have not been in their right place. There have been several efforts by the Ugandan Government to revamp the telco.

A strategy that included sourcing for competent investors, an extension of UTL’s license for 20 more years, expansion of the telecom’s spectrum as well as giving it unlimited access to the National Backbone Infrastructure has not yielded any results.

Even the sourcing of an investor from bidders like Afrinet Communications, Mauritius Telecom, Hamilton Telecom, Telecel Global, Baylis Consortium and Teleology could not offer any solutions for the company’s sinking.

In June 2019, Investment Minister Hon. Evelyn Anite informed members of Parliament that government no longer had any control of UTL Operations, with no more access to the company premises for any audits to be done.

The company administrators, led by outgoing Administrator Nelson Bemanya denied all the accusations posed by the minister insisting that neither refused government from accessing UTL premises nor that they denied the right to audit the company.

This would set a series of events that ran over 6 months in which Ms Anite, the Administrator, the Attorney General, among others exchanged letters on who has the higher authority on the telecom company.

Ms Anite wrote to the attorney general to apply to the court for orders replacing Bemanya as the administrator of UTL. Anite said that government had encountered considerable difficulty dealing with the administrator and completely lost confidence in his ability to continue serving the role of UTL administrator.

But the deputy attorney general Mwesigwa Rukutana disregarded the request saying that the government did not have supervisory powers over the administrator. He explained that the removal of an administrator from office required an application by the creditor.

He stated that the grounds to remove an administrator must relate to failure to comply with the duties imposed on the administrator under the Administration Deed, the Insolvency Act or any other law or any orders and directions of court.