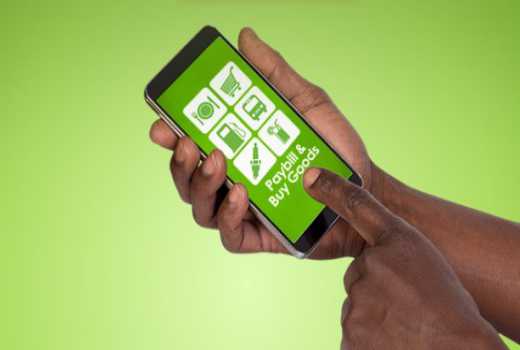 Kenya’s Safaricom is in advanced talks with the Ethiopian government to introduce its popular M-Pesa mobile money service, a major step towards establishing a toe-hold in the market of 100 million people, two sources said on Tuesday.

M-Pesa could transform Ethiopia’s economy, as it has done in Kenya, by allowing people to sidestep a decrepit and inefficient banking system and send each other money and make payments at the touch of a button.

As such, it could bolster the bold political and economic reform drive of new Prime Minister Abiy Ahmed against opposition from hardliners in the ruling EPRDF coalition.

Started in 2007, M-Pesa has around 20 million active users in Kenya and has become the principal driver of profit growth for the dominant telecoms provider in East Africa as revenue from traditional voice and text services has flattened off.

Over the last decade, it has evolved from a basic money transfer service to a financial platform offering savings, loans and insurance products in conjunction with local lenders.

The deal could also give Safaricom and its parent companies, South Africa’s Vodacom and Britain’s Vodafone, a head-start when the Ethiopian government follows through on its stated intention to open up its telecoms sector to foreign companies.

“This is an important milestone for Safaricom,” said Eric Musau, head of research at Nairobi-based Standard Investment Bank.

Vodafone will license the use of the M-Pesa brand to an Ethiopia-based bank while Safaricom will host the servers in Nairobi, one Kenyan telecoms industry source told Reuters.

Safaricom was likely to be paid 10-25 percent of annual revenue from the new M-Pesa business in Ethiopia for providing the back-end of the technology, analysts said, citing the arrangement in place when Safaricom itself had to pay another company that hosted its M-Pesa servers in Germany before 2015 when they were moved in-house to Kenya.

Revenue from Safaricom’s 20 million active M-Pesa users in Kenya, which has less than half the population of Ethiopia, was 63 billion shillings ($630 million) last year, a 14 percent increase on the previous year.

The ability to access digital banking services is likely to be a game-changer for Ethiopians whose banking sector is stuck in the 1900s, with no way to transfer funds from one bank to another.

“New products, new services such as digital banking and investment banking are required because the banking sector is archaic and is not up to what the economy is requiring,” said Addis Ababa-based economist Eyob Tesfaye.

M-Pesa could also improve the flow of external remittances, helping assuage the chronic foreign currency shortages that have emerged as a threat to Ethiopia’s economic growth.

M-Pesa’s move also suggests Kenyan businesses, from telecoms to banking to farming, are well placed to take advantage of a wave of political and economic liberalization unleashed in the last three months by Abiy.

Nairobi-based firms have had their eye on Ethiopia for years due to its huge population and lack of economic development. However, until Abiy’s arrival this year, Addis has kept foreign involvement in the economy at arms’ length.

The head of Kenya’s biggest bank by assets, KCB Group, told Reuters last week the lender could seek a partner in Addis after Abiy announced his intention to liberalize key parts of the economy.

Ethiopia’s banking sector is currently dominated by Commercial Bank of Ethiopia, which holds around 70 percent of assets in the sector, according to analyst estimates.

Safaricom declined to comment. Its chief executive Bob Collymore, who is on leave due to a long illness, has told Reuters the firm wanted to use M-Pesa to expand into other African markets.