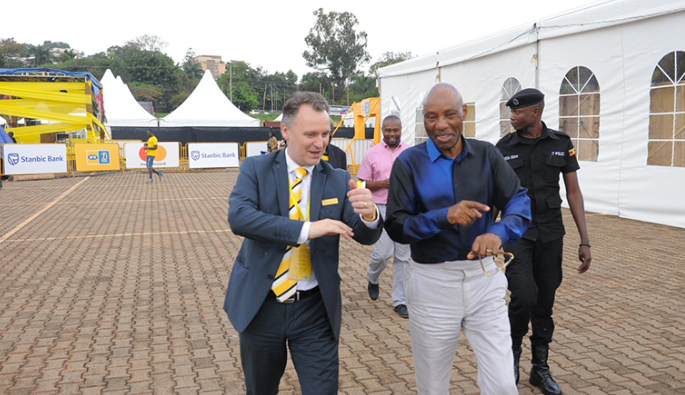 The Executive Director of Uganda Communications Commission (UCC), Eng. Godfrey Mutabazi has said the probe into MTN Uganda is still ongoing thus it is too early to tell what will happen next.

According to Eng. Mutabazi, UCC is working alongside security agencies to assess whether Uganda’s largest telecommunication company breached operational guidelines.

However, he was recently quoted in Daily Monitor saying that if authorities discover that accusations lodged against MTN Uganda are true, it will be punished.

“There will be punitive action if there is any breach. There are many measures [to punish breach] within the law,” he said.

MTN Uganda recently came under scrutiny after the government found out that some of its senior staff were using their positions to facilitate money laundering, espionage activities, and funding opposition leaders.

In its official statements, the telco has said it’s now not aware why its officials were being deported, showing they have no knowledge of their staff being involved in such activities.

Mutabazi’s comments were backed by Vincent Bagiire, the ICT Ministry permanent secretary who said that it’s after the investigations are concluded that they’ll be able to determine the plan of action.

“We expect [some] decision to be determined through this investigation and any recommendations presented will be followed religiously,” he told the Daily Monitor.

Meanwhile, MTN Uganda is still operating on a temporary license. Its license expired last year in October and the renewal suffered setbacks when President Museveni weighed in.

To get another 10-year operational license, the company was supposed to pay to the national treasury US$100 million.

But it was later reduced by UCC to $50 million which didn’t sit well with the President.

MTN has been opposed to the initial fee because of the US$300 million infrastructure investment it faces in order to meet the requirements demanded in the new Broadband policy.

Mutabazi backed MTN, saying that if the government insists on charging the telco heavily for the license, it’s the consumers who’ll suffer since the company will find underhand ways of recouping the investment.

Under the UCC Act 2013, the commission is mandated to suspend or revoke a license of an operator if they are found guilty of serious and repeated breach of set conditions.

The UCC Act also mandates the commission to suspend or revoke the license of a telecom that is engaged in fraud, intentional misinterpretation or supporting treasonable activities under the Penal Code Act.

UCC to Ugandans: We shut down the internet to protect you