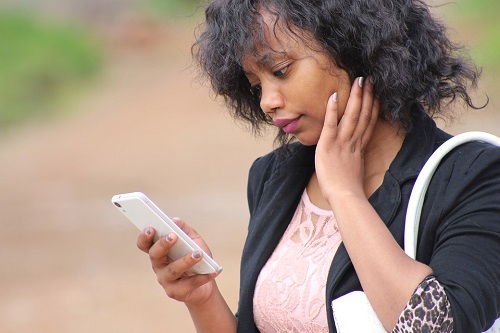 When buying internet data bundles, telecom companies always indicate the period in which you have to use that package before it’s rendered invalid. When that period elapses and you haven’t consumed all the package, it will no longer be available for use.

You might have always wondered why this happens yet money is supposed to be, by definition, a medium of exchange, a unit of account or store of value – implying that any item or verifiable received as a purchase must carry the same value of the quantity of currency used in the exchange.

From the above definition, if cash is kept unused, deliberately or otherwise, for a month, it cannot lose its value. Data bundles are money. You pay good money for Internet data which is supposed, by default, to entitle you to consume it whenever, wherever and however we want. It’s a fair exchange of value for value.

Now, the telecommunications regulator, UCC, has explained why telecom companies have to put a time limit on how long you have to consume a given package of data.

According to Ibrahim Bbosa, the consumer affairs manager at UCC, the whole thing is about telecom companies playing around with cards to ensure that they are able to make people use data at a rate that will allow them to pursue their business projections.

When you buy data bundles, Bbosa says, you are given access to a bandwidth. Bandwidth is the capacity of a wired or wireless network communications link to transmit the maximum amount of data from one point to another over an internet connection in a given amount of time, usually one second, according to Bbosa.

So, as you purchase data, the telco gives you access to that particular bandwidth for a period. For a telco to give you access to a data service, it also buys access from a supplier who puts a time limit as well.

“Remember the company that gives you the access to data also has to renew it periodically with their suppliers. Operators also buy data from suppliers who equally put timelines of which after that period, they are expected to re-subscribe. So, operators also get access to capacity,” writes Bbosa in a Twitter thread.

So, when pricing the packages and putting limits depending on the amount you’re buying, the telco does so, keeping in mind how fast you’ll be able to consume and renew your subscription. That’s why some huge packages that appear cheap are allocated to night periods where consumption rate is high since there are few people using the network.

“The pricing schemes are simply a commercial model designed to encourage usage so that the operator is able to recover infrastructure costs, operations, and maintenance. The pricing is designed to ensure that you use up the paid for data or forfeit,” wrote Bbosa.

In some countries, however, communication regulators have implemented rollover or carryover policies whereby telcos are asked to let a customer continue using a package after adding another subscription before the previous one expires.

Below is the thread, which you can also read in blog format here.

Why does data have to expire? Why can’t data be used like fuel? Once a customer makes a purchase, the usage should be at the discretion of the customer.

I was faced with this question and was not ready with an answer. Now I do and would like to share in this thread…. pic.twitter.com/WyyKhCFFAy