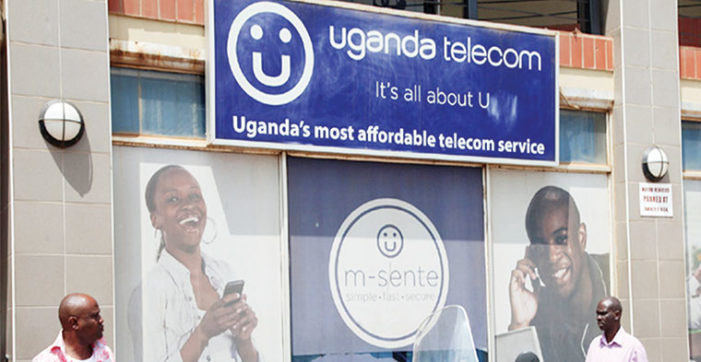 Government of Uganda has again put Uganda Telecom (UTL) on the market after a 2018 deal it had closed with Taleology Holdings GIB Ltd, a Nigerian-based firm fell through.

According to The Independent, Taleology failed to raise 10% of the US$70 million (Shs255bn), which it was supposed to pay by January 26, 2019, so it can take over operations of UTL.

The government owns 31% of UTL. So, Taleology which beat Mauritius Telecom to the deal in October 2018 was supposed to be the majority shareholder by controlling 69% of the telecom company.

The 69% was initially owned by Lybian authorities which stopped funding Uganda Telecom in 2017, claiming the government of Uganda had failed to honor its financing obligations.

UTL plunged into bankruptcy due to mismanagement, high debt portfolio, and dwindling subscriber base and since April 2018, the government has been looking for a buyer.

Uganda Telecom has accumulated a debt of Shs536bn and the money raised from selling it will go to clearing that debt and improving its network to 4G since its competitors are already working towards that.

A 2017 report showed that of the 23 million telecom subscribers in the Ugandan market at the time, UTL controlled only 3% of the market that is dominated by MTN Uganda. This illustrates how much work the telco has to put to be at top of its game again. The rules of the game are also constantly changing.

Before the deal was closed

Before reaching an agreement with Taleology to operate Uganda Telecom, the government had been warned by the Financial Intelligence Authority (FIA) that due diligence had shown that Taleology would not manage the project of revamping UTL.

Instead the report recommended Mauritius Telecom, which is partly owned by Orange.

Evelyn Anite, the finance minister in charge of investment and privatization, who had backed Mauritius Telecom, recently told The Independent:

“It was wrong to choose this company [Taleology] …it was a waste of time; but it is good to learn a lesson.”

Important to note, Taleology in January of this year also pulled out of another deal to buy a telecom company (9mobile) in Nigeria. It has already made a non-refundable deposit of US$500million.

By buying UTL, the Nigerian company was to take over its Shs148b assets, tax waivers, an extended frequency as well as Uganda’s flagship multi-million-dollar national backbone optic fibre infrastructure and manage it for 20 years.

Anite told The Independent that they’ll continue hunting until they get the right investor for UTL.

Other companies that have shown interest in Uganda Telecom are Safaricom, Afrinet Communications Ltd, Baylis Consortium and Neubacher Montage LLP.