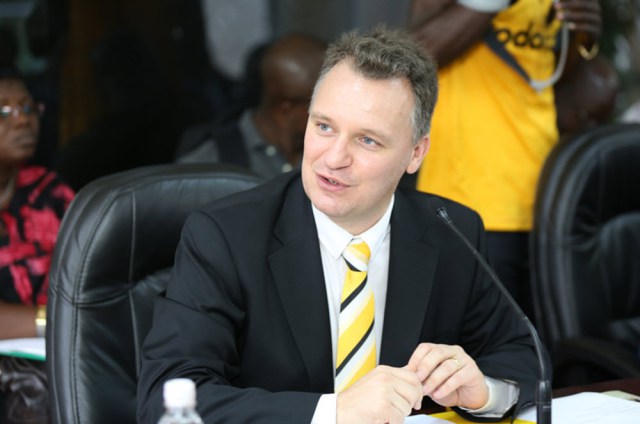 Wim Vanhelleputte, a chief executive officer of MTN Uganda who was thrown out of the country mid-February — has dragged the attorney general, who represents the government in legal matters, to court.

According to Daily Monitor, which quotes an Affidavit, Vanhelleputte asserts that his deportation was illegal and unjustified.

“The applicant has never committed any offense or criminal act under the laws of Uganda and neither is he responsible for breaking any law. That there’s no lawful reason whatsoever for his deportation. That it is in the interest of justice that his deportation is quashed,” the affidavit reads in part, according to Daily Monitor.

Vanhelleputte, who hails from Belgium, says he started coming to Uganda in 1993 and eventually married a Ugandan named Babra Adoso with whom they’ve two children.

“Our marriage was celebrated both in Uganda and Belgium. That I and my wife have two children namely Vanhelleputte Jonathan aged 17 and Vanhelleputte Jason 13,” reports Daily Monitor.

Basing on the above, Wim Vanhelleputte has asked the High Court in Kampala to declare that his deportation by the Internal Affairs ministry arbitrary, irrational and illegal.

Must read: UCC on MTN’s fate: Too soon to decide

He also wants his deportation rescinded after which he will be compensated for general damages resulting from illegal detention and deportation and any other relief that court shall deem fit.

The CEO was deported from Uganda after Ugandan authorities learnt that he had been communicating with other three senior officials that had been deported in January.

The government of Uganda says some of MTN Uganda’s senior officials have used its facilities to facilitate espionage activities and plans to topple the ruling government.

Meanwhile, investigations are still underway and the MTN Group CEO is expected to meet President Museveni this month.